A transient ischemic attack (TIA) is when the flood flow to a part of the brain stops, but only for a short period of time. The symptoms of a TIA are often described as “if the person had suffered from a mini-stroke” which isn’t odd when we consider that a TIA is essentially a small stroke.

Does a TIA damage the brain? 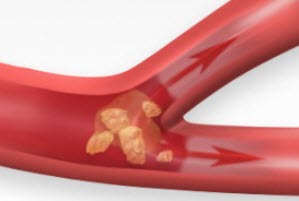 As far as we know, TIA:s only rarely cause serious brain damage.

This doesn’t mean that TIA:s should be ignored, because they are a strong warning sign of a possible major stroke in the foreseeable future. In a significant number of people, a stroke will occur within a few days after a TIA. Also, since the symptoms of a TIA are so similar to those of a stroke, prompt medical attention is recommended to rule out the possibility of the symptoms being caused by a stroke.

If a TIA is caused by a blockage in the carotid artery, surgery might be recommended by the physician to prevent a future stroke. The carotid artery is the main artery responsible for providing the brain with blood.

After a TIA, both life style changes and medical treatment may be necessary to decrease the risk of a stroke or future TIA:s. The recommended cause of action will depend on the individual and the exact cause of the TIA.

Life style aspects that can impact the risk of TIA and stroke include diet and physical activity. Not smoking is recommended, and the alcohol intake should be none or low.

High blood pressure, high cholesterol and/or heart disease are examples of risk factors that might require medical treatment to reduce the risk of a stroke. There are also specific medications that will reduce the risk of blood clots forming in the body.